The second part is focused on teaching Software aspect such as high level programming language which runs on the Hack computer.

The Elements of Computing Systems - Building a Modern Computer from First Principles is the referred book for the course. The book is little cryptic to read if you are not doing the online course. For that, I would suggest another book Code: The Hidden Language of Computer Hardware and Software by Charles Petzold which explain the same concepts but in detail.

Overall, the course balances theory with hand-on-practice very well and has right level of difficulty every week.

The second part requires that you know basics of “object oriented programming” as the Jack programming language in the course is similar to Java.

The book is divided into 13 chapters and each chapter is equipped with a project. Also, each chapter builds on the previous chapter. 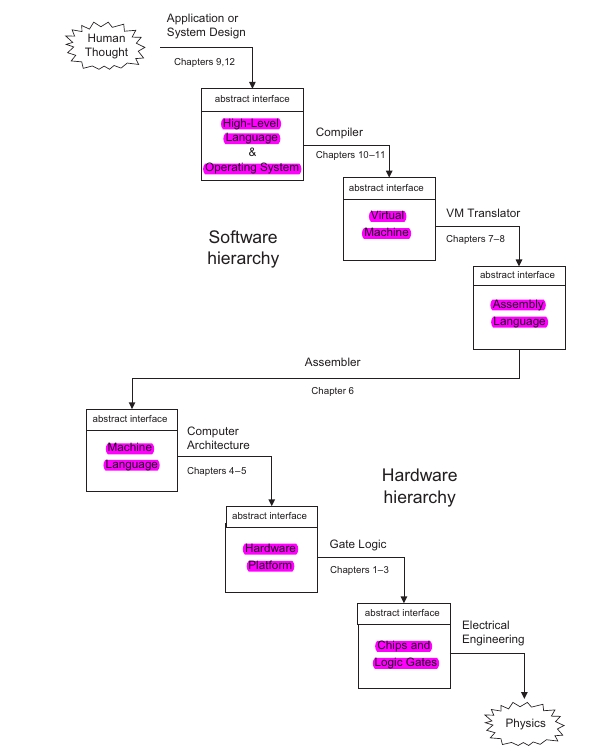 Abstraction is dealing with What is not How-to. Every program is itself an abstraction.

In code System.out.printlin("Hello world"), Every character is an abstraction.

Once we implement the details of an abstraction stage, we forget the implementation and just focus on the abstraction.

The abstraction is build layer by layer

The process of building a chip

The computer works on boolean logic. The boolean consists of only two kinds of state. True and false, 0 and 1

Building Not from NAND

The whole point to represent number is to manipulate it.

Computer ignores the overflow bit as it cannot be stored.

-> Example: Suppose we add two 8 bit numbers. Then, if addition produces a 9 bit, then it is ignored as we cannot store it in an 8-bit output.

A half adder has two inputs and adds them providing sum and carry. 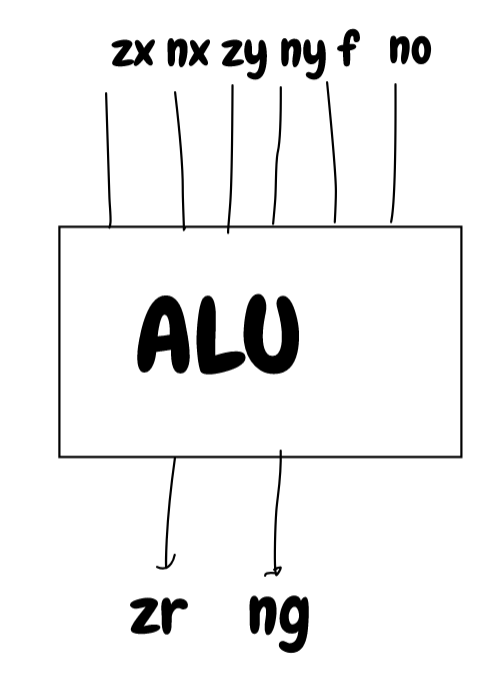 What do we want time for. 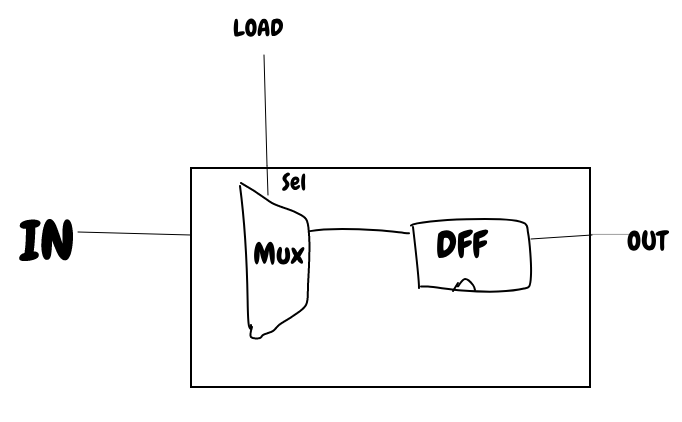 At any time, only 1 register is selected.

How to determine address.

Alan Turing theorized a machine with notion of what can be computed. Universal Turing machine - can act like any other Turing machine given the correct program.

The solution is Memory hierarchy which has faster memory such as registers near the CPU and stores the computation results there, 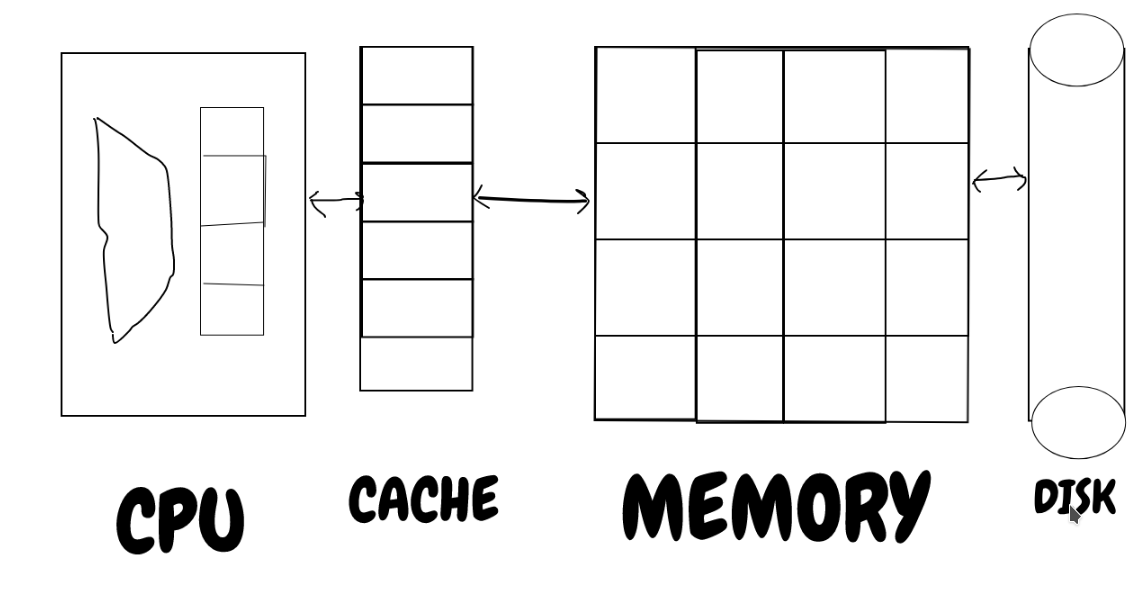 How does the program show output

How to terminate properly.