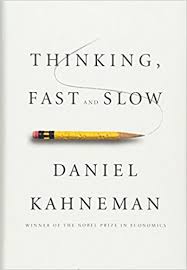 Kahneman reveals where we can and cannot trust our intuitions and how we can tap into the benefits of slow thinking. He offers practical and enlightening insights into how choices are made in both our business and our personal lives

You should read this book, if you are interested to learn about cognitive biases. It is filled with decades of research and examples where you will notice your biases in play. There were some studies which failed to replicate in recent experiments.

Overall, its great for introduction to Behavioral Economics.

Biases are systematic errors in thinking.

Halo effect -> Handsome speaker are judged favorably than he deserves.

How do thoughts arise

The mental work that produces impressions, intuitions, and many decisions goes in silence in our mind.

Affect heuristic: The executive’s decisions could be guided by liking and disliking with little deliberation or reasoning.

What is fast thinking

Fast thinking involves these intuitive thoughts and and also the automatic mental activities of perception and memory. 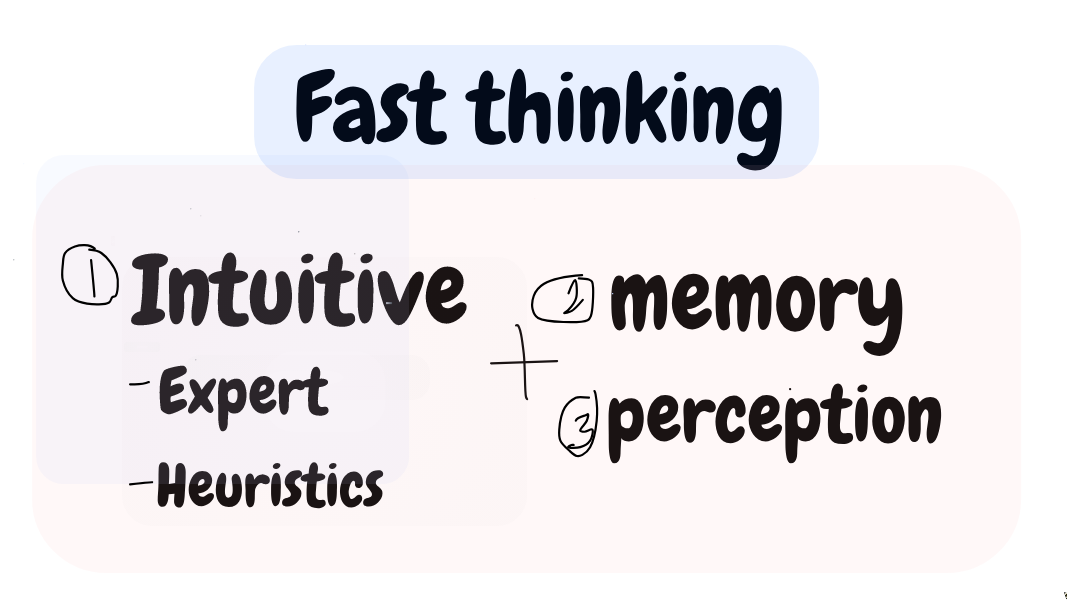 We are prone to overestimate how much we understand about the world and underestimate the role of chance (randomness, luck)

A reoccurring theme is that luck plays an important role in every story of success.

System 1 and system 2 are analogies and not real systems.

How do we Identify ourselves?

When we think of ourselves, we identify with System 2, the conscious, reasoning self that has beliefs, makes choices, and decides what to think about and what to do.

Intense focusing makes a person effectively blind to even to a stimuli that attracts normal attention.

More skilled in a task -> less demand for energy.

Effort is required to maintain simultaneously in memory several ideas that require separate actions, or that need to be combined according to a rule

What is task sets

System 2 Can program memory to override habitual response with another instruction.

People who do better on working memory tests -> do well on tests of general intelligence.

However, ability to hold attention is not simply a measure of intelligence.

Time pressure is another driver of effort.

How to avoid mental overload

Frequent switching of tasks and speeded up mental works are not intrisically pleasurable so people tend to avoid them.

Cognitive work is not aversive (a feeling of intense dislike).

“Mihaly Csikszentmihalyi describes the state of flow which is the a state of effortless concentration so deep that they lose their sense of time, of themselves, of their joy and problems.”

System 1 has more influence on behavior when System 2 is busy or depleted,

When System 2 is depleted, you are more likely to speak swear words, make sexist comments.